Stephen King has frightened and entertained his readers with classics like It and The Shawshank Redemption for decades. Many of King’s novels and short stories have been adapted into movies and TV shows, and have inspired shows like Stranger Things. It has been adapted multiple times on the small and big screens, The Green Mile is one of the highest-grossing Stephen King film adaptations, and Salem’s Lot is being remade, again, and hitting the big screens in the near future.

With so much Stephen King content out there and USDish’s third annual Stephen King Scream Job in full swing, we wanted to know which movie was each state’s most searched Stephen King film. From The Shining to The Green Mile, these are the stories that took over your state’s Google search bar the most.

We gathered the top 15 horror and thriller movies by Stephen King, ranked by Rotten Tomatoes. The Tomatometer score represents the percentage of professional critic reviews that are positive for a given television show or film. Once we had our top 15 movies gathered, we used Google Trends to compare the search volume of the Top 15 Stephen King movies per state over time. 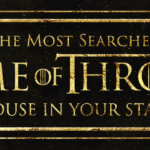