Choosing TV shows for your toddler can be a daunting task. On the one hand, you want the TV shows you pick to keep them entertained (so you can snag a few minutes to yourself), but you likely want the TV shows they watch to also be educational, informative, and wholesome. You also don’t want to get your youngsters addicted to the TV screen too early on.

It’s a delicate dance—but with DISH and streaming options, there are plenty of parent-approved shows for your kiddo that you can trust to make TV time beneficial. To help you out, we hunted down the top educational toddler TV shows available on satellite TV and streaming services.

Puffin Rock is an Irish animated series that follows the journeys of a puffin named Oona and her younger brother Baba. While the show isn’t as fluffy or campy as other children’s TV shows, it teaches empathy and kindness in a gentle, digestible way.

Through puppets and marionettes, the friendly, kind, and gentle Mister Rogers tells stories and teaches kids about life lessons. A kid and parent favorite, Mister Rogers treats children like the intelligent, important souls that they are, helping increase your toddler’s sense of self-worth and self-esteem.

Ask the StoryBots is an engaging, educational cartoon show that tackles questions like “how do people catch colds?” and “how do cars work?” The Emmy-award-winning series is led by none other than Beep, Boop, Bing, Bang, and Bo, who teach toddlers the ins and outs of life basics through song and dance.

A class favorite, Sesame Street helps children understand the nuances of problem-solving, sharing, and obedience. The series tackles everything under the sun: dinner before dessert, doing your homework, obeying your parents, and being honest with your friends.

Bookaboo, a British children’s show, is one of the best learning shows for toddlers. It’s led by a world-famous rockstar puppy, Bookaboo, who jets off on a mission to inspire kids (and adults) everywhere to read more at home using picture books, animation, and songs.

Clangers is a children’s stop motion animation British favorite. The series centers around five  mouse-like animals who live in outer space and explore adventures on their home planet, and is an excellent learning toddler TV show adored by tiny tots (and parents) worldwise. Plus, each episode is only ten minutes—perfect for toddlers’ attention span.

This whimsical children’s series features a diverse array of characters that work together to solve math problems. To keep kiddos engaged, the series also walks viewers through the ABCs of classical music, jazz, rock, and more.

Daniel Tiger’s Neighborhood, one of the top educational toddler TV shows on our list, was designed to build your preschooler’s character. Each episode consists of two eleven-minute segments that correlate with a common social-emotional learning theme, such as gratitude, happiness, or frustration. Through song and dance, the series reinforces various themes to help teach your little one life lessons like human respect, kindness, and being a good neighbor.

Based on the book series written by Margret and H.A. Rey, Curious George chronicles the adventures of an animated monkey, George, and his owner, The Man in the Yellow Hat. The series is chock-full of life lessons appropriate for preschoolers, and it features a helpful narrator to help your kiddo follow along more easily. (Pssst: it’s also both an entertaining baby and toddler TV show.)

The Stinky & Dirty Show teaches the fundamentals of resourcefulness through the friendship of two trucks, Stinky and Dirty. The show encourages children to think outside the box and ask “what if” questions when they feel stumped, instead of giving up.

The Hive follows the Bee Family as they navigate appropriate familial relations between politically incorrect siblings, mischievous siblings, and rude siblings. Like many TV series aimed at preschoolers, The Hive weaves in life lessons about sharing, apologizing, and creating peace within your family.

Justin Time GO! is an Emmy-nominated series that’s one of the most popular toddler TV shows to date. The show revolves around Justin and his sidekick Squidgy, who together confront everyday issues such as counting, learning, sharing, and honesty. The fictional series also explores time travel, which helps break down the concept of the past, present, and future—a topic which is often difficult for preschoolers to wrap their minds around.

Dinosaur Train is all about helping preschoolers learn more about natural history, paleontology, and other sciences. We like that each episode is thirty minutes long, which offers a more prolonged—while still educational—alternative if your toddler wants to “binge-watch” TV (a.k.a. if you need more than ten minutes to get dinner on the table).

This western-themed children’s show chronicles the team of the town sheriff, Sheriff Callie the cat, and her team of a trusted cactus and woodpecker as they work to solve disputes within their town and foster unity among a divided community.

Next on our top toddler TV shows list is Word Party. Word Party is an animated TV series aimed at helping youngsters build their vocabulary. The show features animals as the main characters, each with varying abilities to express their emotions. Through their adventures together, they teach each other how to express themselves, and they learn from each others’ strengths and weaknesses.

If your child is curious about all things planes, trains, and cars, Super Wings will be right up their alley. Through robots, Super Wings helps children better understand the technological advancements around them.

Super Why! promotes reading by illustrating characters that gain superpowers in fictional worlds through reading. The show places a strong emphasis on the fact that books offer an answer to life questions, so your little one can eventually learn to find answers for themselves (and not be so quick to turn to Google or Siri for everything when they’re older).

Super Why! promotes reading by illustrating characters that gain Chica, the fan-favorite chicken who initially made her debut on The Sunny Side Up Show, takes preschoolers through a series of tasks she completes for her parents, all of which are meant to promote social-emotional development. The show is colorful, lively, and upbeat, and it sheds a positive light on everything from eating healthy and paying attention in school to obeying your parents and sharing toys.

Team Umizoomi is all about solving math problems, figuring out patterns and shapes, and learning the basics behind measuring, sequencing, counting, and more. Most episodes run about twenty minutes, which is just short enough so your kiddo doesn’t get too overwhelmed.

Jake and the Never Land Pirates is an animated, interactive musical series featured on Disney Junior. The series focuses on the back and forth between a band of child pirates and Captain Hook. Through the show, preschoolers can learn about victory, defeat, and friendly competition.

Each episode of Kate & Mim-Mim showcases the two traveling to a fictional world where they use their imaginations to construct the reality around them. Unlike other children’s shows, many of which focus on primary fundamentals of learning, Kate & Mim-Mim emphasizes the importance of friendship and creativity.

Harry the Bunny is the perfect children’s TV show if you want your tiny tot to practice counting, recalling colors, and reciting the alphabet. The bunny protagonist, Harry, walks children through basic development 101, explaining emotions and delving into the dos and don’ts of social interactions. 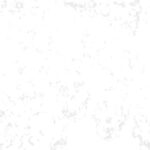 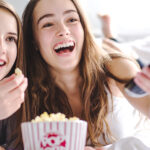 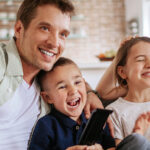